Some came for a personal challenge, a few hoping to win and others to simply get round but all helped make the Asda Foundation Derby Half Marathon a huge success. 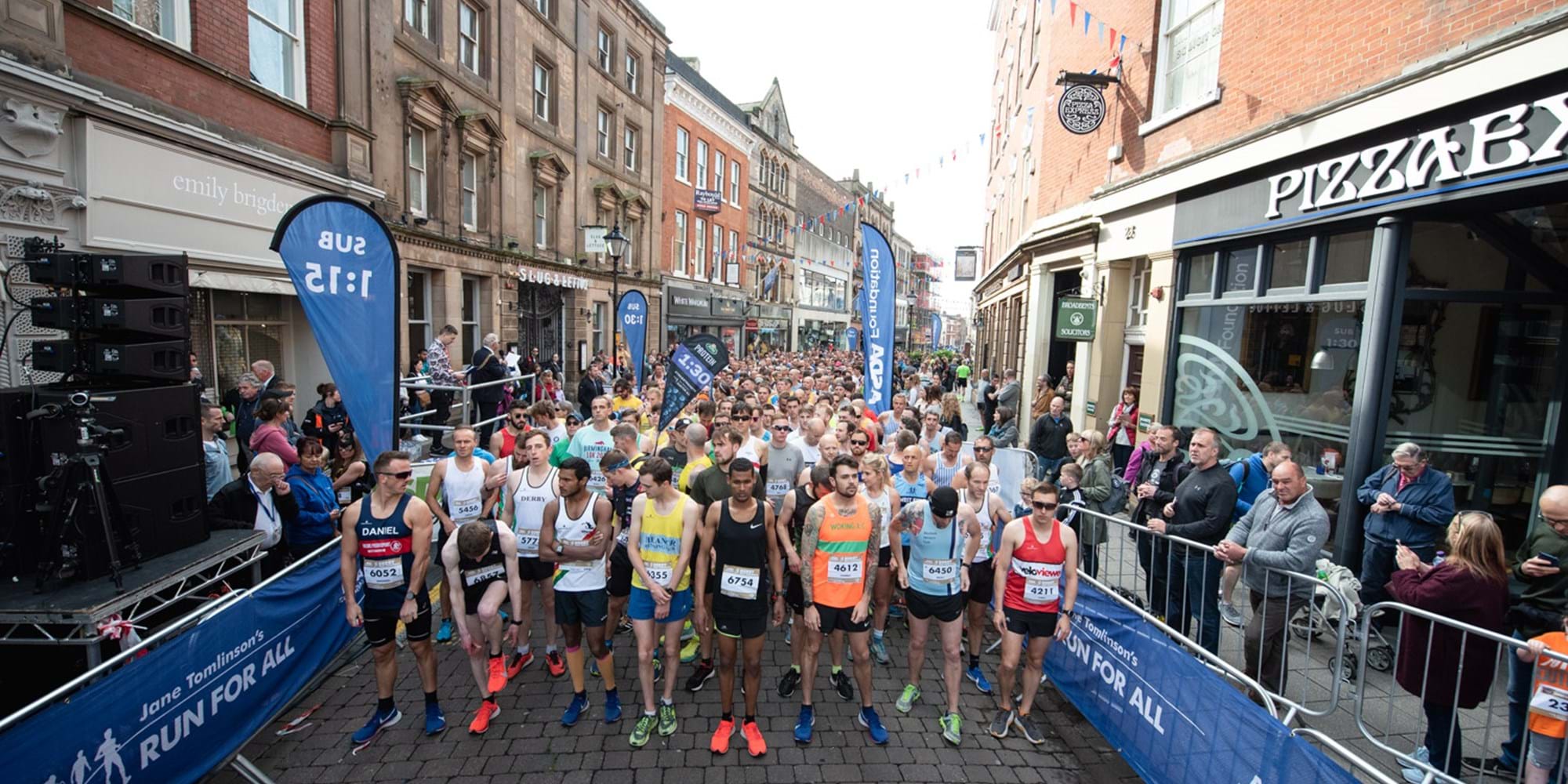 Thousands crossed the finish line of one of the region’s most popular charity road runs, raising tens of thousands of pounds for local good causes.

With the race boasting a new city centre start and finish, runners of all abilities gathered in Iron Gate close to Derby Cathedral for the 9.15am start. The route took them through the city centre on to London Road and Shardlow Road, along to Elvaston Castle Country Park, through Alvaston Park, past Derby County’s Pride Park Stadium and back to Iron Gate for the big finish.

The runners were urged on by large crowds that contributed to the excitement and atmosphere.

First across the finish line was William Strangeway who romped to victory in a time of 1:08:38. Mohamed Saleh took second place in 1:10:44, with Daniel Bagley finishing third in 1:11:03.

But you didn’t need to be a serious runner to take part in the fun. The event also featured the Timms Solicitors Family Fun Run, a 2km course suitable for all ages and abilities, with medals and goody bags for the finishers.

Many Hepworth, Asda Foundation coordinator, said: “It was clear that people really enjoyed this wonderful half marathon. There was an excellent atmosphere and many congratulations to all those who took part and supported some super causes.”

Tristan Batley-Kyle, head of events at race organiser Run For All, said: “We are enormously grateful to everyone who contributed to the success of the Derby Half Marathon, particularly the many volunteers who gave up their time and worked so hard.”

Runners were invited to raise money for the half marathon’s partner charities which this year were the Jane Tomlinson Appeal, Canaan Trust, Rainbows Hospice for Children and Young People, Annabel’s Angels, Childrenfirst Derby and First Steps ED.

A fantastic festival of running in Hull