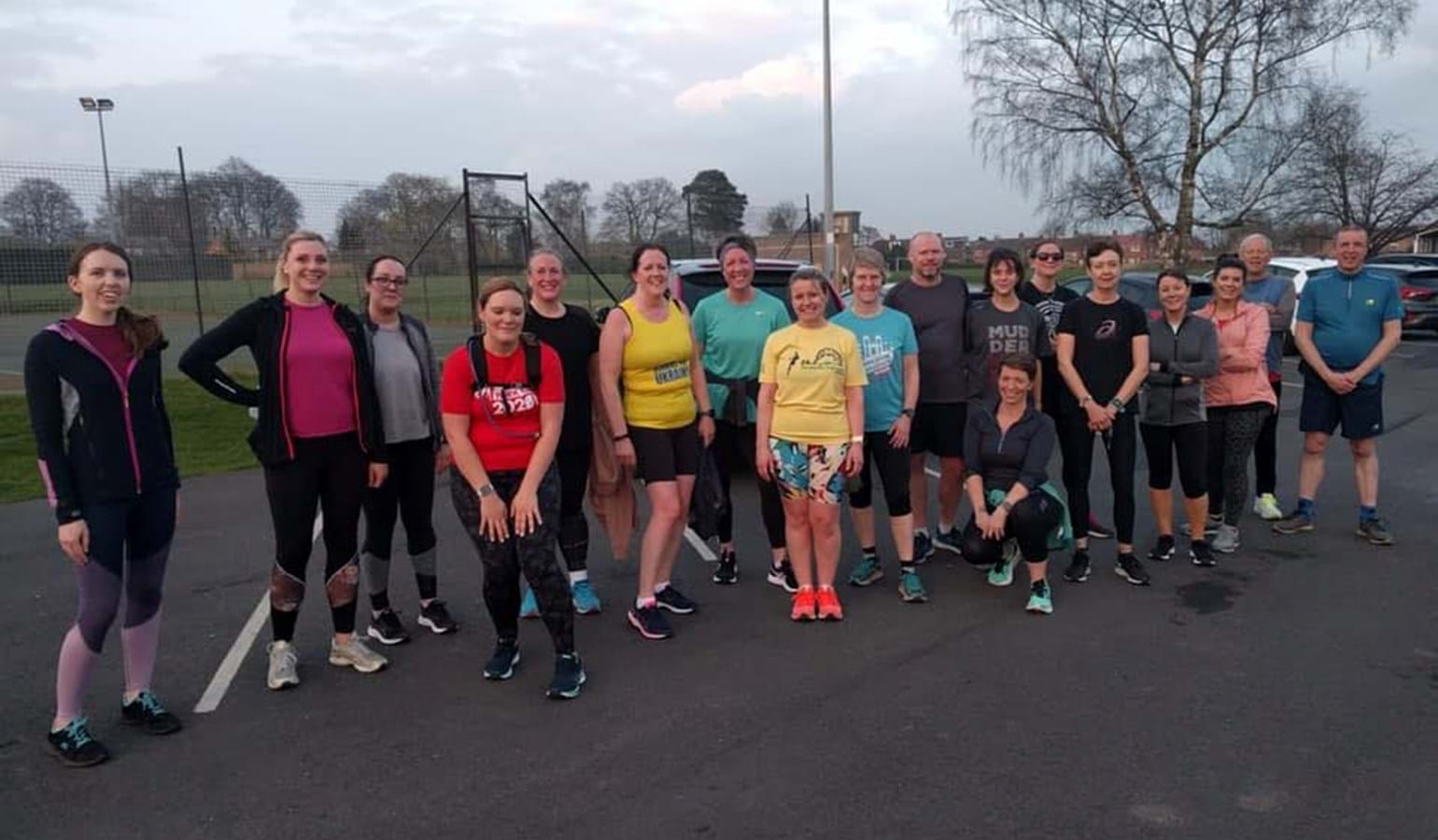 Gemma Stow, founder of No More Hiding Ltd, is also the leader of Haxby Runners, a very popular running group that started in lockdown and has since exploded to 214 members! This August, Gemma and many of her running group will be taking on the York 10K. We caught up with Gemma to discuss why she started the group, her running philosophy, and why she loves being a part of it.

Gemma had started running just a few months prior to lockdown. “You know when you have that vision of being a really strong female runner, out there on her own? I was like ‘I want do that’.” To get herself started, she did the NHS Couch to 5K programme and never looked back! Since then, Gemma has taken part in multiple races, including marathons, trained as a run leader with England Athletics and, of course, set up her much-loved running group.

When lockdown hit, Gemma decided she wanted to help other people stay active during this challenging and uncertain time. “I thought about how it’s so good for my physical and mental wellbeing. My saviour was going out running on my own,” she remembers. After she set up the group, she was amazed at how popular it quickly became.

For the first several months, members couldn’t meet up in person due to restrictions. Instead, Gemma put lots of effort into setting creative monthly challenges. For instance, she would create Run Bingo, encouraging runners to do things like a run before 7am or a certain amount of steps that month, and then share their progress in the group.

One member says, “I joined Haxby Running Club in lockdown as it was clear I was struggling with my mental health! Thanks to Gemma I have never looked back. With the commitment to team social runs and monthly challenges I can safely say I have the running bug. This group has given me motivation and a reason to feel good about myself.”

Their first in-person meetup was when they did Race For Life. “We all dressed up in pink, with feather boas and things like that. There were people in their cars blowing their horns and clapping,” she recalls. All in all, the group raised around £1,700.

Soon after, the group began doing regular in-person meetups. At the moment, the main Haxby Runners meetup is on a Monday night, and it’s very friendly and low pressure: “there’s a lot of chatting and running at the same time.”

Gemma is very aware that many people feel like they “aren’t a runner”. She does everything she can to make running with the group feel as inclusive and comfortable as possible. “One of my mantras is ‘your run, your rules’,” she explains. She also understands that many people, especially women, also often feel unsafe and self-conscious running alone, which is why she started an early morning group for beginners on a Friday.

David Long is one of the members of the group, and he’s recently started organising runs and putting up posters so that people who aren’t on social media can be included. He says, “I joined the group as many did during the Covid pandemic, I was going through a lot in my personal life and despite having been a keen runner for many years I completely lost my mojo and barely laced my trainers up for a year.

“As the pandemic eased and I got my life back onto a more even keel I started running again. Our social runs came along at a great time for me and I now thoroughly enjoy being involved in the organisation of them. I have met new people and love promoting the group to others, I am looking forward to seeing how we progress in the future.”

Her first ever race was the York 10K in 2019, which she did by herself. She can’t wait to take it on again this year, but this time around with her running buddies. “I love the route,” she says. “Running past the minster, then down the river – I think it’s so beautiful, and the fact that there will be members of the club running means there’s going to be that community feeling.”

While it just began as a small Facebook group, Haxby Runners now has 214 members, and it grew almost entirely through word of mouth. Gemma is so proud of the group and loves seeing people support each other, have fun, and come back week after week.

You can learn more about the Haxby Runners on Facebook, Strava, Instagram, or RunTogether. We can’t wait to see them at the York 10K!

Sajid Ali is one of our amazing Leeds 10K runners, inspiring visually impaired young people to get into sport