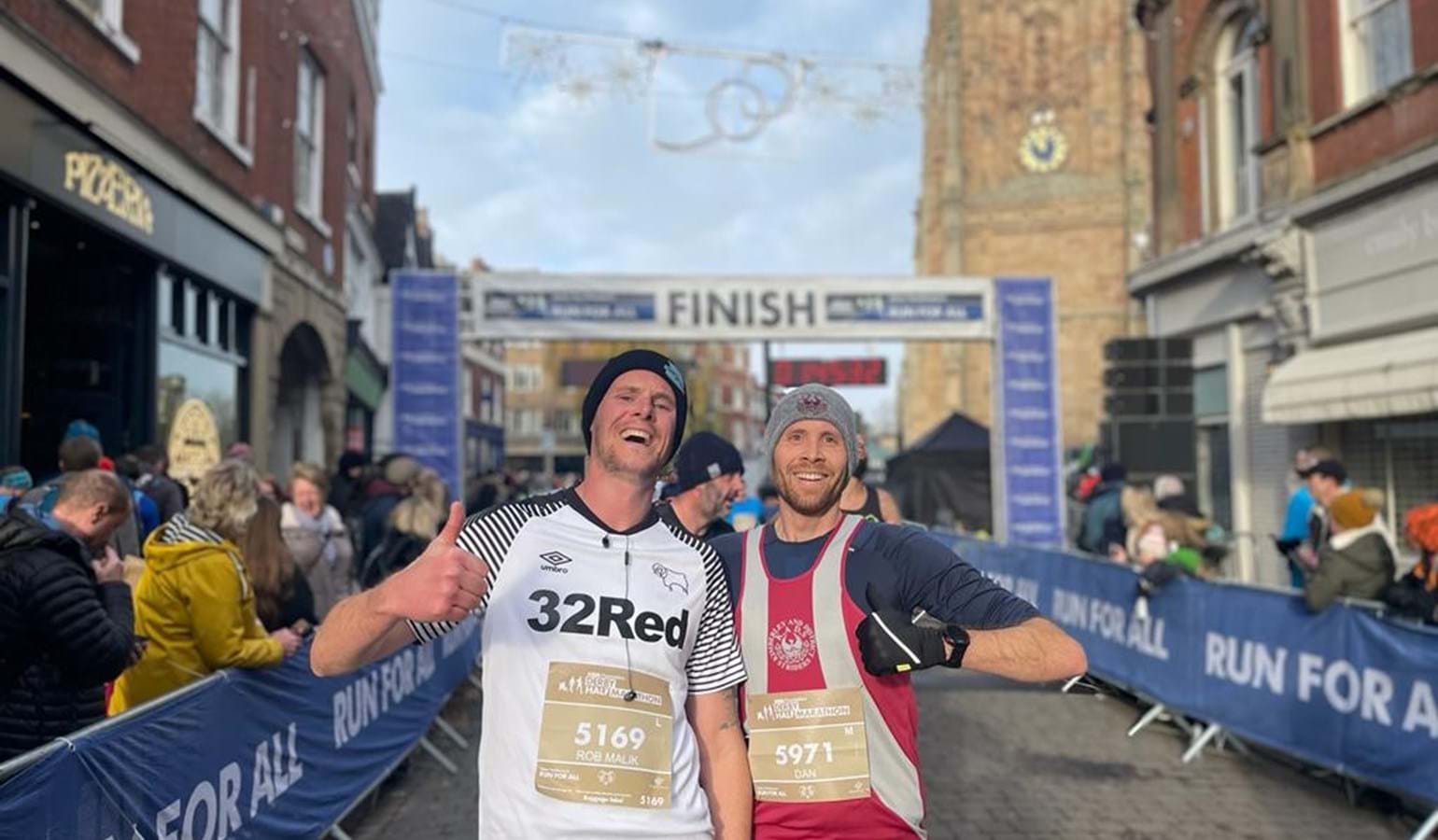 Despite the freezing temperatures, the Streets of Derby came alive today as hundreds of thousands of pounds were raised as thousands of run-runners, fundraisers and club runners crossed the finish line at the long-awaited return of the Asda Foundation Derby Half Marathon and brand new, Derby 5 Mile.

Some came for a personal challenge, a few hoping to win and others to simply get round but all helped make the Asda Foundation Derby Half Marathon and 5 mile a brilliant success.

The City centre became a spectacle of colour as runners of all ages and abilities made their way around the coursed cheered by large crowds that contributed to the excitement and atmosphere.

With the half marathon boasting a city centre start and finish, runners of all abilities gathered in Iron Gate close to Derby Cathedral for the 9.15am start. The route took them through the city centre on to London Road and Shardlow Road, along to Elvaston Castle Country Park, through Alvaston Park, past Derby County’s Pride Park Stadium and back to Iron Gate for the big finish.

Today also included the brand new, Asda Foundation Derby 5 Mile. This brand new event has been introduced with an aim to attract runners of all ages and abilities to the City Centre to encourage an even greater boost for charities and offer a fun and friendly route to inspire more people in getting active.

The 5-mile distance featured the same start and finish as the half marathon and will set off from Iron Gate. It took runners on the same route as the half marathon distance, running through the city centre for the first 2 mile. Shortly after 2 miles, runners made their way towards Derby Country’s Pride Park Stadium, where they then headed back towards the City Centre, finishing where the journey began, at Iron Gate.

Tristan Batley-Kyle, Head of Events at Run For All, said: “After an extended year of training, it was tremendous to be back in Derby today. Marking the final event of the 2021 Run For All series, the day was a fantastic success and with the brand new addition of the Derby 5 mile, we are delighted that the event goes from strength to strength."

“We are extremely grateful to everyone – event days like this wouldn’t be possible without the runners, supporters and especially the volunteers – who turned out to ensure the event was another enjoyable and memorable day.”

While runners could raise money for any good cause of their choice, many were supporting both event’s partner charities – Jane Tomlinson Appeal, Children’s First Derby, Rainbows Hospice & First Steps.

Entries are now open for next year’s events, and we are proud to announce that the Derby Half Marathon will be back as Ramathon and the Derby 5-Mile will be the RAM 5 Mile, both taking place on Sunday 19th June.