City to play host to Rob Burrow Leeds Marathon in 2023 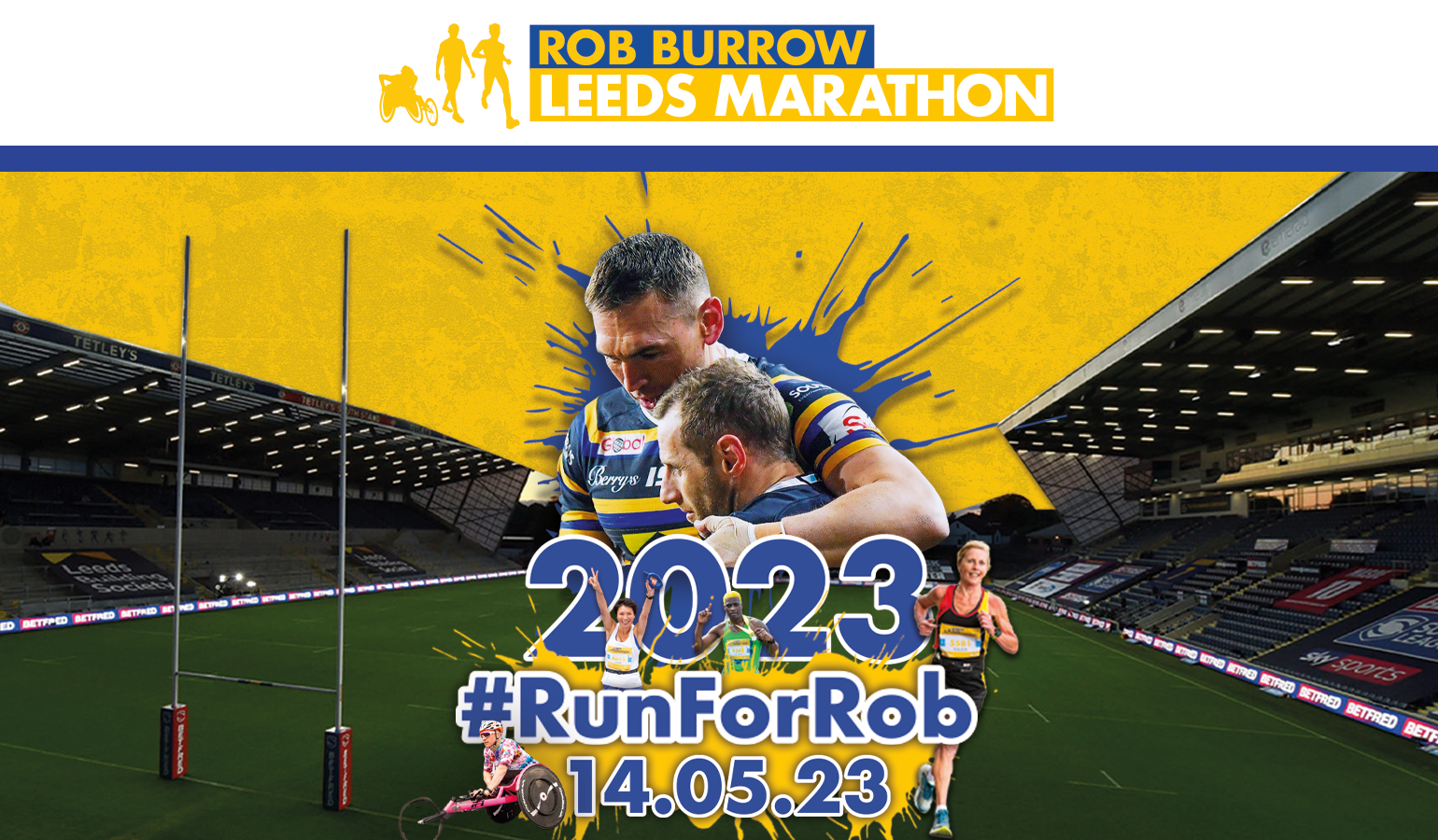 A new marathon is coming to Leeds in 2023 that will honour Leeds Rhinos legend Rob Burrow MBE and help raise vital funds for the Leeds Hospitals Charity’s appeal to build the Rob Burrow Centre for Motor Neurone Disease, as well as the MND Association.

The Rob Burrow Leeds Marathon will take place on Sunday 14th May 2023 and has been inspired by former Leeds Rhinos captain Kevin Sinfield OBE running challenges in recent years in support of his friend and team mate Burrow. The marathon is a partnership between Leeds City Council and Jane Tomlinson’s Run For All – the not-for-profit sporting events company that stages the popular Leeds Half Marathon and Yorkshire Marathon.

There will be 7,777 places in the marathon available, in honour of Rob’s iconic shirt number at Leeds Rhinos.

Since he was diagnosed with motor neurone disease in December 2019, Rob and his family have campaigned to raise awareness and funds to support everyone impacted by MND. His latest goal is to realise the dream of a new MND Care Centre in Leeds, that will bear his name and support people living with MND and their families.

It is hoped that the Rob Burrow Leeds Marathon will contribute to making this dream a reality, as well as raising vital funds for the MND Association and a host of other charities. Organisers are committed to making this event inclusive for all and are encouraging people of all abilities to get involved – whether they are an experienced runner or have never thought about doing an event like this before.

The event marks the first time the city has hosted a marathon since 2003, and will encompass a brand new route that starts and finishes at Headingley Stadium, where Rob Burrow achieved some of his greatest sporting achievements. 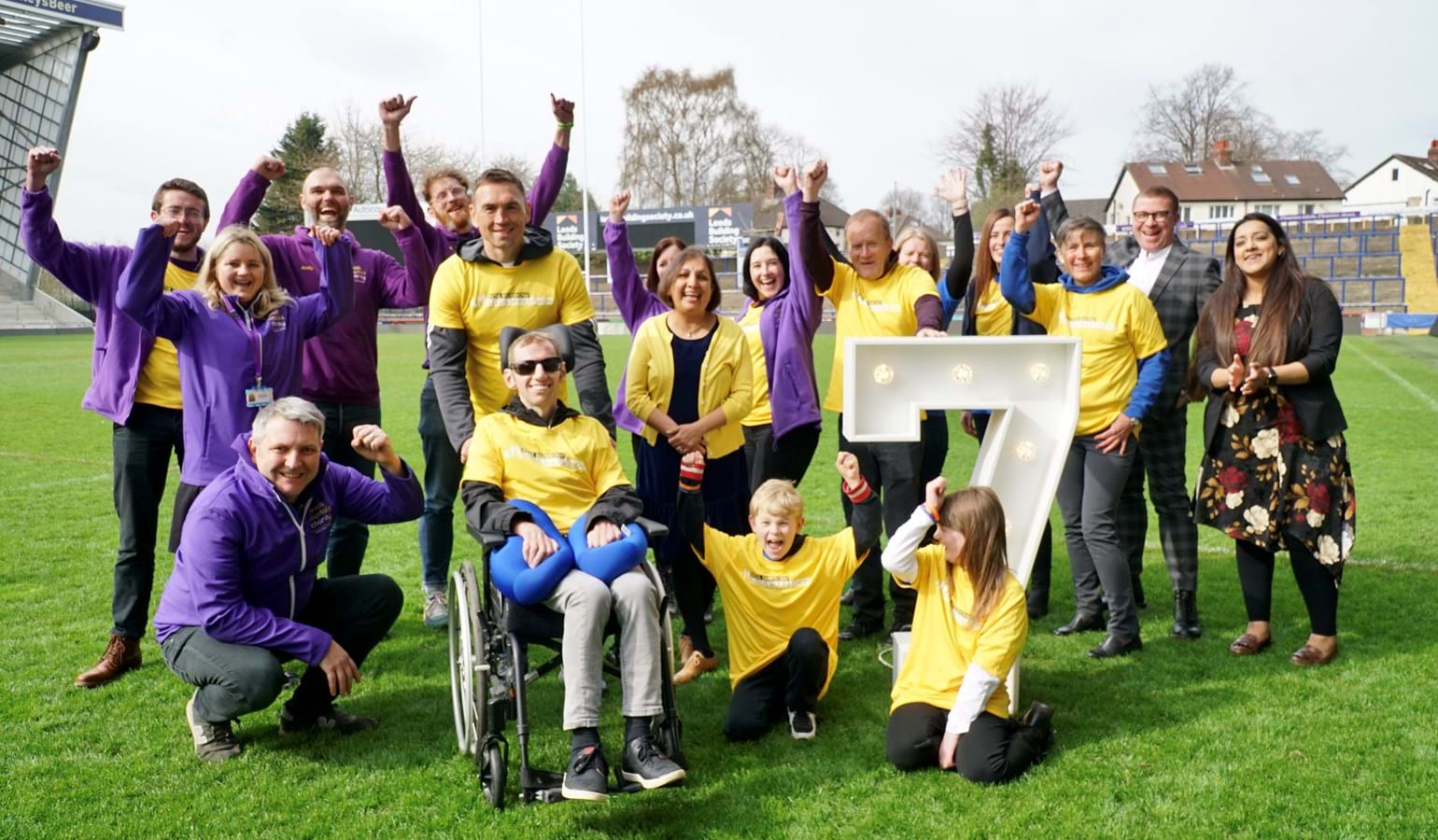 The circular marathon route will take in some of Leeds most scenic countryside and outer suburbs, journeying around Woodhouse Moor before travelling up through Headingley, Adel and Bramhope and heading out to Otley and back for the big finish.

Rob Burrow MBE was delighted to hear the news about the marathon, he said: “It is wonderful to see the marathon return to the streets of Leeds and I know it will be a fantastic occasion. Any opportunity to raise awareness and funds to fight MND is wonderful and I know that so much money will be raised by those taking part for so many great causes that are personal to each runner. I am particularly pleased to see that the event combines the half marathon and a family fun run so that everyone, of all abilities, can get involved. Good luck to everyone who signs up and thank you for your support.”

Commenting on the new event, Kevin Sinfield OBE said: “Since Rob’s diagnosis, Rob’s former team mates, his family, friends and people around the country have undertaken many fundraising challenges to raise money to help people living with MND and their families. It’s been amazing to see people in Leeds and beyond get behind Rob on this journey over the last few years, and seeing the launch of a dedicated event in the Rob Burrow Leeds Marathon is an incredible feeling.

“This event is a vital next step in ensuring we raise even more money, and help to make Rob’s dream of opening a new MND Care Centre in Leeds a reality. Most importantly, after the restrictions in place over the last two years, it is a chance to look forward and plan ahead for a mass participation event to raise vital funds for so many good causes here in Leeds.” 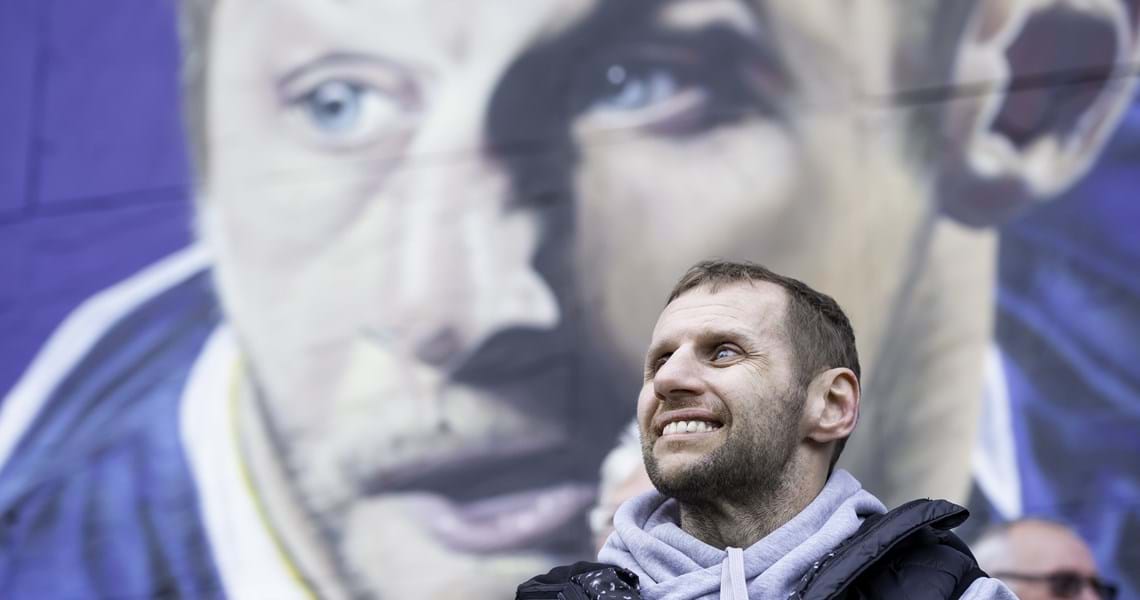 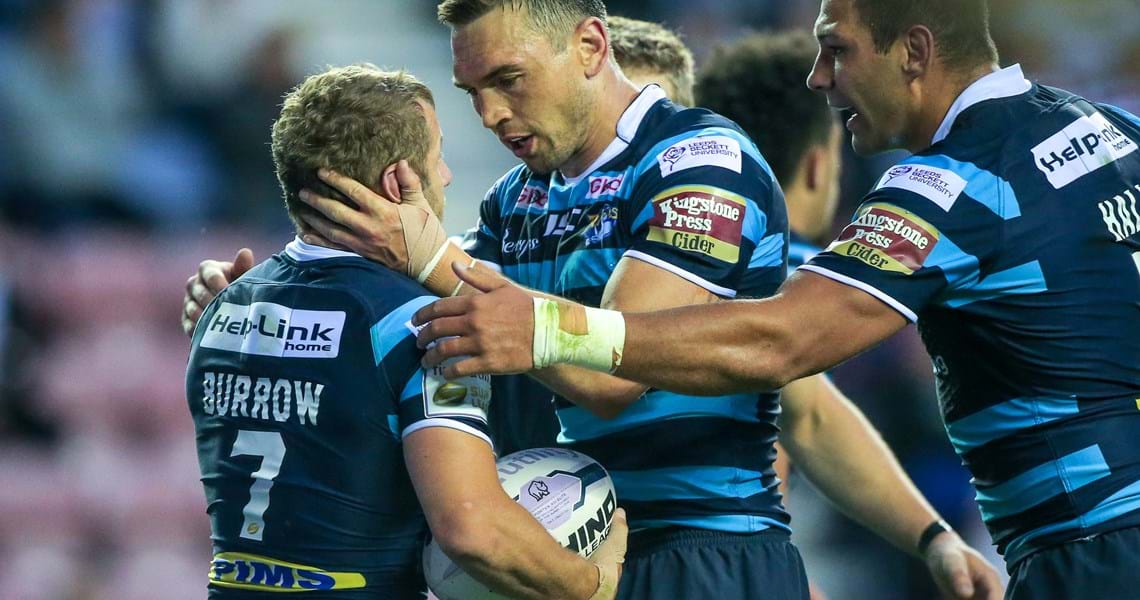 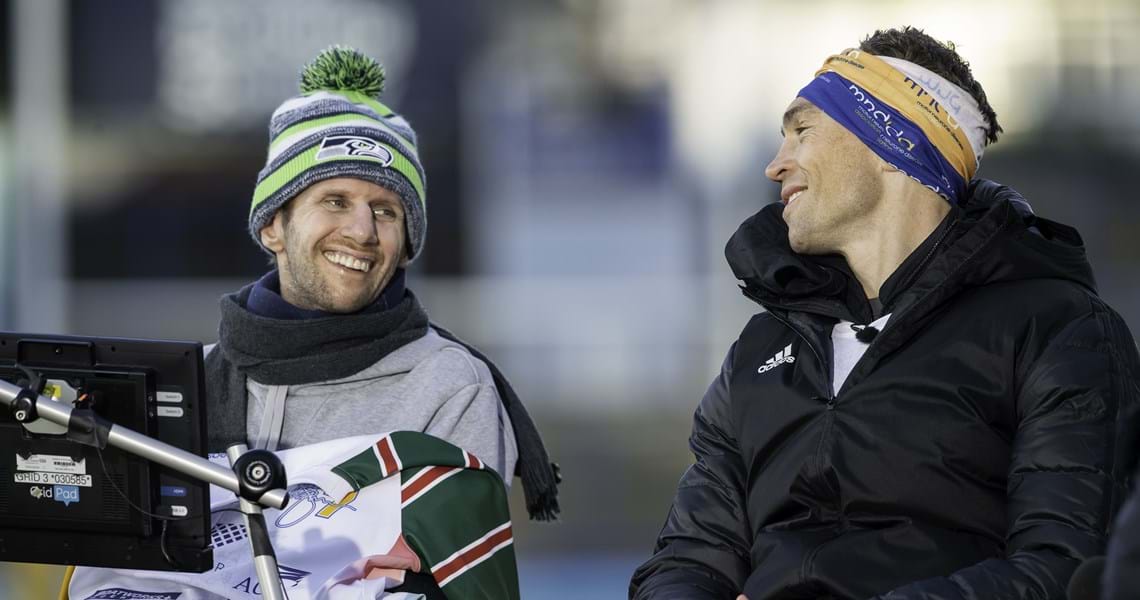 “I know many people across Yorkshire and the country will be very excited that this truly prestigious event is back. The money raised through the Rob Burrow Leeds Marathon will help Leeds Hospitals Charity make this wonderful new centre a reality, giving people living with MND and their families the best possible care and support.”

Mike Tomlinson, Chief Executive at Run For All, commented: “When Jane and I set up our very first event back in 2007, our goal was to be able to provide running events that helped people to achieve new goals and raise money for charity. It’s an amazing feeling then, to be able to launch the Rob Burrow Leeds Marathon in honour of Rob and to help thousands of participants to run in this new event for their own goals and reasons, enabling funds to be raised for many deserving charities.

“We are incredibly excited for 2023 and to see 7,777 participants of all abilities to come together to cross that finish line at Headingley Stadium.”

Sally Light, chief executive of the Motor Neurone Disease Association said: “Like everyone who has followed Rob Burrow’s journey with MND we, at the Motor Neurone Disease Association, are in awe of everything he’s achieved. Currently there is no cure for MND and no effective treatments – but vital work is underway in laboratories and clinics across the world to change that. In addition to supporting people living with MND and funding coordination of care through our 22 MND care centres and networks across three countries, the Association has a research portfolio of around £15.1 million as of 31 December 2021. Being announced as a charity partner of the Rob Burrow Leeds Marathon is a huge honour and will help us maintain that important momentum towards effective treatments and a cure for MND. We want to thank everybody who will be lacing up their running shoes to take on this brilliant challenge in Rob’s name.”

Councillor James Lewis, leader of Leeds City Council, commented: “The launch of the Rob Burrow Leeds Marathon is testament to what the city is all about. Anyone who has been in the city on the day of the Leeds 10K and Leeds Half Marathon knows what an incredible energy and atmosphere there is, and I am so excited to see the city come alive again for the Rob Burrow Leeds Marathon.

“Rob’s story has captured the hearts of the city, and it will be fantastic to see thousands of participants coming together in honour of Rob and to raise funds for his very deserving cause.”

Gary Hetherington, Chief Executive at Leeds Rhinos commented: “We are honoured to be able to host the start and finish of the new Rob Burrow Leeds Marathon at Headingley Stadium. To be able to bring together thousands of people to start and finish at our home where Rob and Kevin achieved so much is really special. We are used to hosting fantastic occasions at Headingley and I am sure this will be one that will live long in the memory and hopefully create a lasting legacy for Rob and his fundraising efforts.”

Leeds Rhinos Foundation Chief Executive Officer Bob Bowman QPM, added: “Leeds Rhinos Foundation are proud to partner with Leeds City Council, and Run for All, to deliver the 2023 Rob Burrow Leeds Marathon. The Marathon distance has become synonymous with Kevin Sinfield’s support for Rob, his family, and the wider MND community and it is such a great legacy for the Marathon to return to Leeds. This will be a fantastic event for people to get behind, and raise valuable funds for charity, one which we also at the Leeds Rhinos Foundation will utilise to inspire many people to take part in next year and the future.”

The Rob Burrow Leeds Marathon will be held in support of the MND Association and the Leeds Hospitals Charity’s appeal to build the new Rob Burrow Centre for Motor Neurone Disease. However, participants are encouraged to take part and raise money for their own personal reasons, or to support one of the event’s partner charities.

Run For All is a not for profit company that is part of the lasting legacy of the late amateur athlete and fundraiser Jane Tomlinson CBE. Jane, from Leeds, made headlines around the world by taking part in a series of incredible endurance events - despite being diagnosed with an incurable cancer.

Run For All is incredibly proud to be working in partnership with Leeds City Council and Kevin Sinfield to make this event possible.

The Rob Burrow Leeds Marathon will take place on Sunday 14th May 2023, with the existing Leeds Half Marathon and a family fun run also set to take place on the same day.

For more information, go to: www.runforall.com