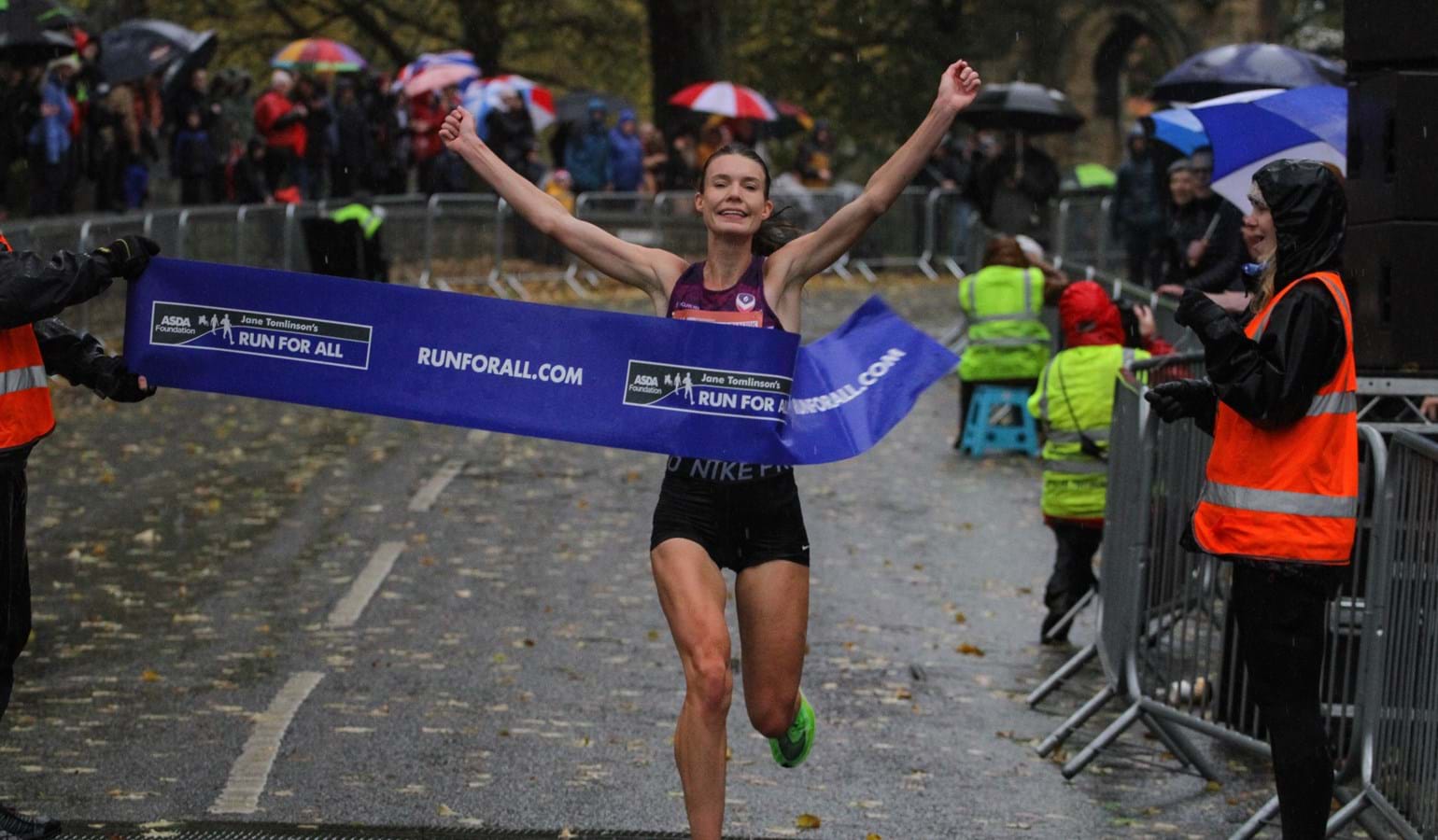 In addition, Abbie has now also secured a Run For All 10k female course record, previously held by Gerda Steyn in 2019 at the Middlesbrough 10K with a time of 33:08.

Abbie from Lincoln Wellington Athletic club, said “I’m so pleased to secure the female course records for both the City of Lincoln 10K and Run For All 10K. It was also a PB for me so I’m really happy. Despite the weather, the crowds were amazing and the support definitely helped.

Abbie comments on the weather conditions, “I think the awful weather actually helped, as I wasn’t concentrating on the time but more focused on the weather”

Abbie also adds, “I’d like to give a shout out to Lincoln Wellington Athletic club and a massive thank you to my coach Rob Lewis who was there to support to me”

Following on from Abbie’s winning time, Sophie Wallis clocked 00:35:41 for second place and Georgina Weston followed in third in a time of 00:36:29.

These winners and many participants were running for a good cause of their choice or supporting one of the event’s official partner charities – Jane Tomlinson Appeal, Brainstrust, Leap, Lincs & Notts Air Ambulance, Lives, Age UK, MacMillan Cancer Support, Sophies Journey & St Barnabas Hospice.