Royal British Legion case worker Steve Gaughan will be out to break a world record at this year’s Asda Foundation Yorkshire Marathon. 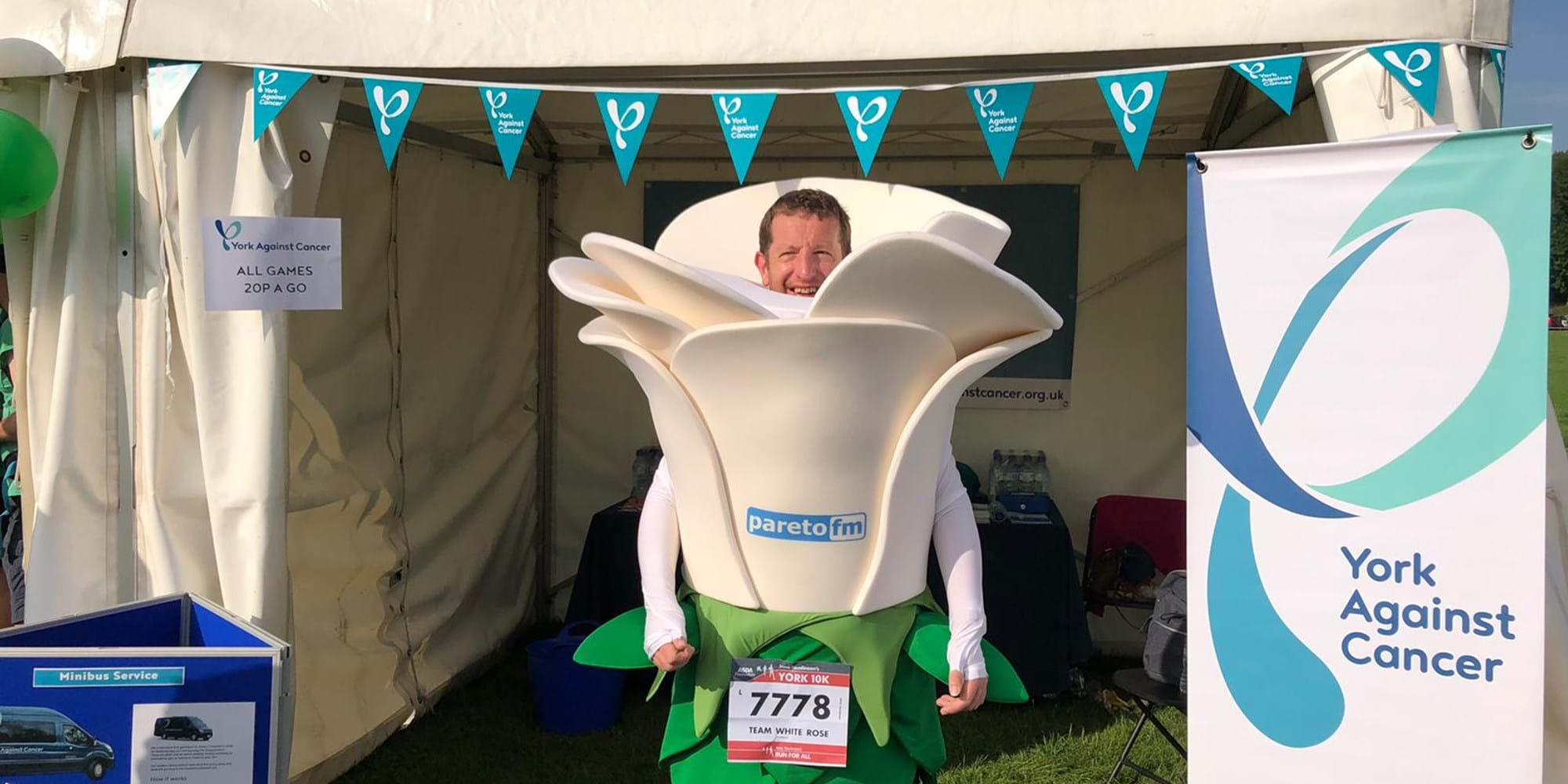 No, not Eliud Kipchoge’s 2:01:20. Steve, 47, plans to run the 26.2 miles in a white rose costume as he bids to become the fastest man to complete a marathon dressed as a three dimensional plant.

The original record was set in London last year by Owen Willis at 4:59 and he then beat his own record last October in York at the Yorkshire Marathon in a time of 4:51:05.

Looking for a new challenge, Steve submitted an application to Guinness World Records and it was accepted. As well as targeting a world record, Steve, who lives in York, will be raising money for York Against Cancer and will be accompanied by a small team of 3 who will be running alongside him during the race – Chris, Tracy and Samantha.

He said: “I work for The Royal British Legion – our symbol is the Poppy. I have previously worn a large poppy outfit in November as part of remembrance and fundraising activities. The current record holder set the fastest time wearing a very similar poppy outfit at London Marathon in 2018.

“The news article at the time stood out for me as I’m a marathon runner and because of the outfit. After finally achieving my long term goal of running a sub 4-hour marathon last year in York - 3:57 - I was looking for a new challenge and this seemed ideal. I want to break this world record and raise some money too.

“This will be my 5th Yorkshire Marathon – I have also done London and Liverpool - and used all of them to raise money for various charities. As the race is in Yorkshire I thought it would be great to choose a white rose outfit for the world record attempt and I then picked a fabulous York-based charity – York Against Cancer – that have helped friends of mine and their families.”

Ten reasons to run a marathon