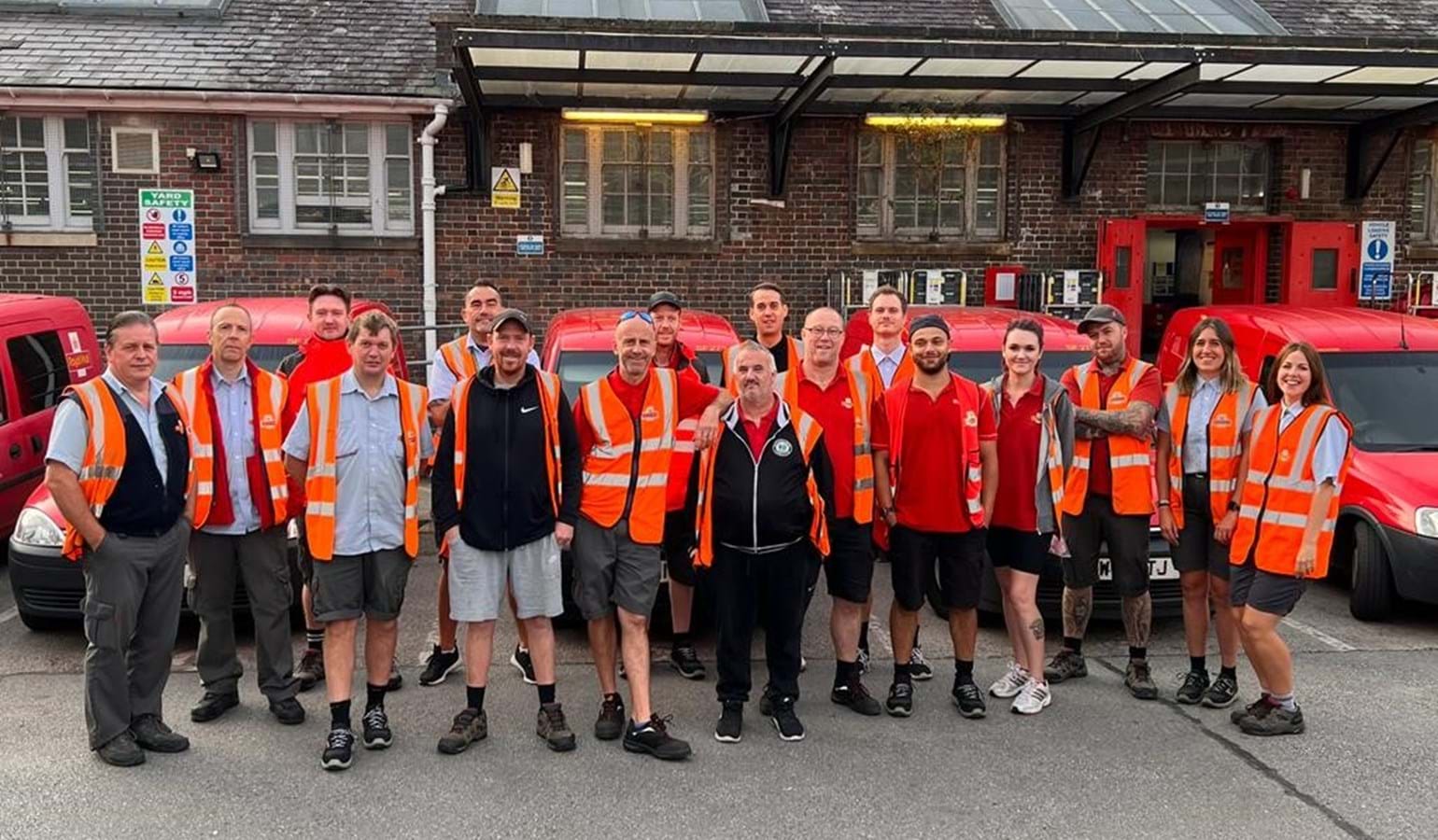 32 members of the team at the Royal Mail’s Sheffield South Delivery Office are getting ready to run the Sheffield 10K together on Sunday 25th September. However, this is more than a simple team-bonding exercise. These postal workers have decided to fundraise for Sheffield Mind and run in memory of their colleague Andy, who sadly took his own life earlier this year. We spoke to Chris Weinrich, one of the runners, and Tom Harrison, one of the delivery office managers, who told us more about why the team has decided to take on the challenge.

After the team found out that Andy had passed away, they were all understandably shocked and devastated by the news. Several people started taking on individual fundraising efforts, but a member of the team, Kyle, suggested they fundraise as a group. “Kyle thought it would be a nice idea if we could all do something together to help raise awareness and hopefully some donations for mental health and suggested we take part in the Run For All 10K in Sheffield,” Chris explains.

When we asked if we could hear more about this fundraising effort, one of the managers, Tom, decided to put out a box where participants could anonymously share their thoughts and reasons for taking part in the Sheffield 10K. As many of the statements were the same, he condensed the notes into the following statement from the team:

“After losing a good friend and colleague, we are running the 10K to promote understanding of mental health, raise awareness, and to support the great work that mental health charities are doing.

“We want to create a positive, supportive network within our place of work for people to talk to their peers comfortably about any mental health issues. A lot of people experience spells of poor mental health from time to time, and everyone should have the ability to access advice and support if they wish to do so.” ​

The suicide of just one person can be extremely shocking and have a significant impact on hundreds of people. It’s very inspiring that this team of colleagues have decided to turn Andy’s passing into a positive – an opportunity to fundraise for an organisation that works tirelessly to prevent these tragedies from occurring.

If you see any runners in Royal Mail uniforms at the Sheffield 10K, make sure you say hi. They are fundraising for Sheffield Mind and all proceeds go to them directly - see their JustGiving page here. Good luck team – we hope you have an amazing time!

The Sheffield school friends running into retirement together

Meet the volunteers: All Saints Ecclesall Church are vital to the Sheffield Half Marathon