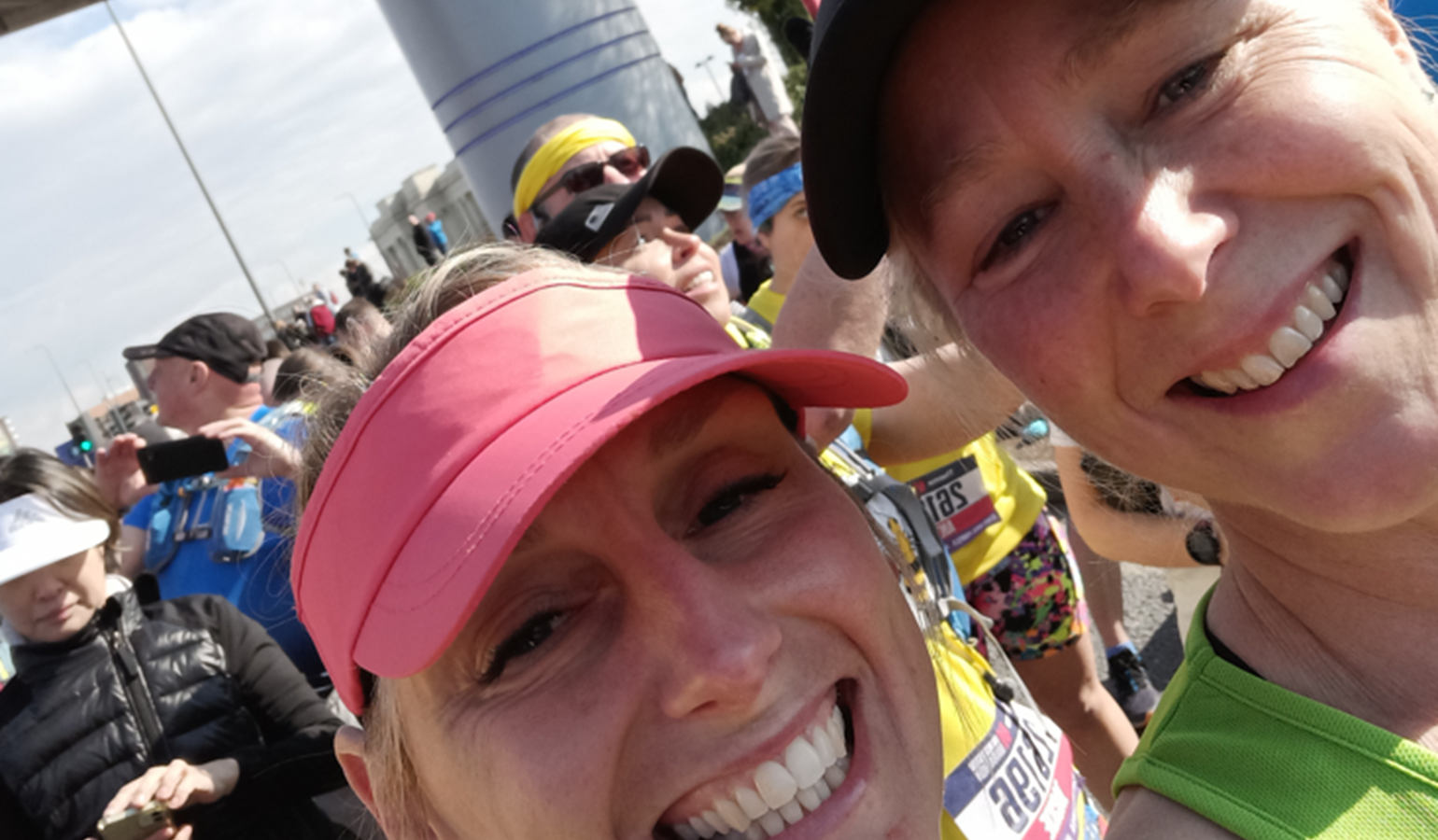 Wendy Kelway is a care worker who lives in Bucklesham, and on Sunday 11th September, she will be running the Larking Gowen Ipswich Half Marathon to raise money for St Elizabeth Hospice. Having supported her family through multiple health crises, Wendy has a goal to eventually raise £10,000 for this organisation and she is excited to have a new opportunity to fundraise for them in her home city.

Wendy worked in education for most of her career. In July 2017, she was a head teacher waiting for the summer holidays, when her life suddenly changed. “My dad phoned to say my mum had fallen and banged her head and was on the way to A&E. She never woke up, she fitted, she went into a coma, had a catastrophic brain bleed and despite being transferred to Addenbrooke’s Hospital she died.

“Our family was left reeling and my dad never recovered from the loss. Mum was only 70 and they had been married 50 years when she died.”

In the year following this catastrophic event, Wendy badly broke her leg, which meant she had to take time off work. Then her dad was diagnosed with multiple cancers and told that he was terminally ill.

“I had to choose between work and caring for my Dad so I resigned from my job and cared for him. One of the cancers was in his jaw and face and it was thought some radiotherapy might slow its progress, it didn’t work and made him very, very ill. I went with him to every appointment and nursed him until I couldn’t do it anymore on my own and that was when the hospice stepped in.”

It goes without saying that this was a very dark and difficult time in Wendy’s life. However, St Elizabeth Hospice were a big help. “As a family we were referred to the palliative care team and from the moment we met the coordinator life became a little easier. Dad didn’t want to die in hospital so with the home carers’ help I nursed him at home until he died on the 11th of August 2019.”

Wendy recalls how the carers from St Elizabeth and Macmillan worked with her to ensure her dad would never be alone. “I felt that I owed St Elizabeth Hospice for what they had done for me and my dad. I asked them how much it cost to have a home carer come in for an hour and then I worked out how many hours we’d had care. The total cost was in excess of £10,000, hence my target.”

However, Wendy points out that even £10,000 can’t cover how much St Elizabeth has done for her family. Shortly after her dad passed away, her mother-in-law became ill with cancer and “yet again the hospice stepped in. I have no idea how much inpatient care is and I’m not sure I want to know or I’ll never reach my target.”

Wendy has found that running is an effective way to both process her grief and raise money for the hospice that has made such a big difference to her family. “I started running on the first day of lockdown and it became a way to manage life. As I got better I would post my exploits on Instagram and Facebook and friends joked and said oh it’ll be a marathon next so I took the plunge.

“I thought with a stupid target maybe people would support my cause, and they have. Dad and I always did a lot of walking, cycling and swimming together in the past, but neither of us were runners! I’m sure he and mum would be laughing at me running these days…

“I am now a runner and am happy to go out in all weathers to clear my head and pound the miles out. I wasn’t a runner in March 2020, so I’m proud of what I have achieved. I’m not fast but I do keep going!”

Through multiple running events (including a 12 hour runathon!), as well as a pub quiz, a raffle, and hundreds of cakes, Wendy has already raised around £8,000 for St Elizabeth Hospice. Although they care for more than 2,000 people each year, Wendy recalls how “the hospice kept our wishes paramount and those of my dad and my mother-in-law. We weren’t just a number in a bed.”

In regard to the Ipswich Half Marathon, Wendy says she is “Looking forward to be running in my home town and spotting my supporters in the crowds… fingers crossed they’ll come!” – although she is a bit nervous about making her way up Freston Hill!

If you would like to donate to Wendy’s JustGiving, please click here, or join her on the start line.

We were blown away by the Leeds 10K 15 year anniversary