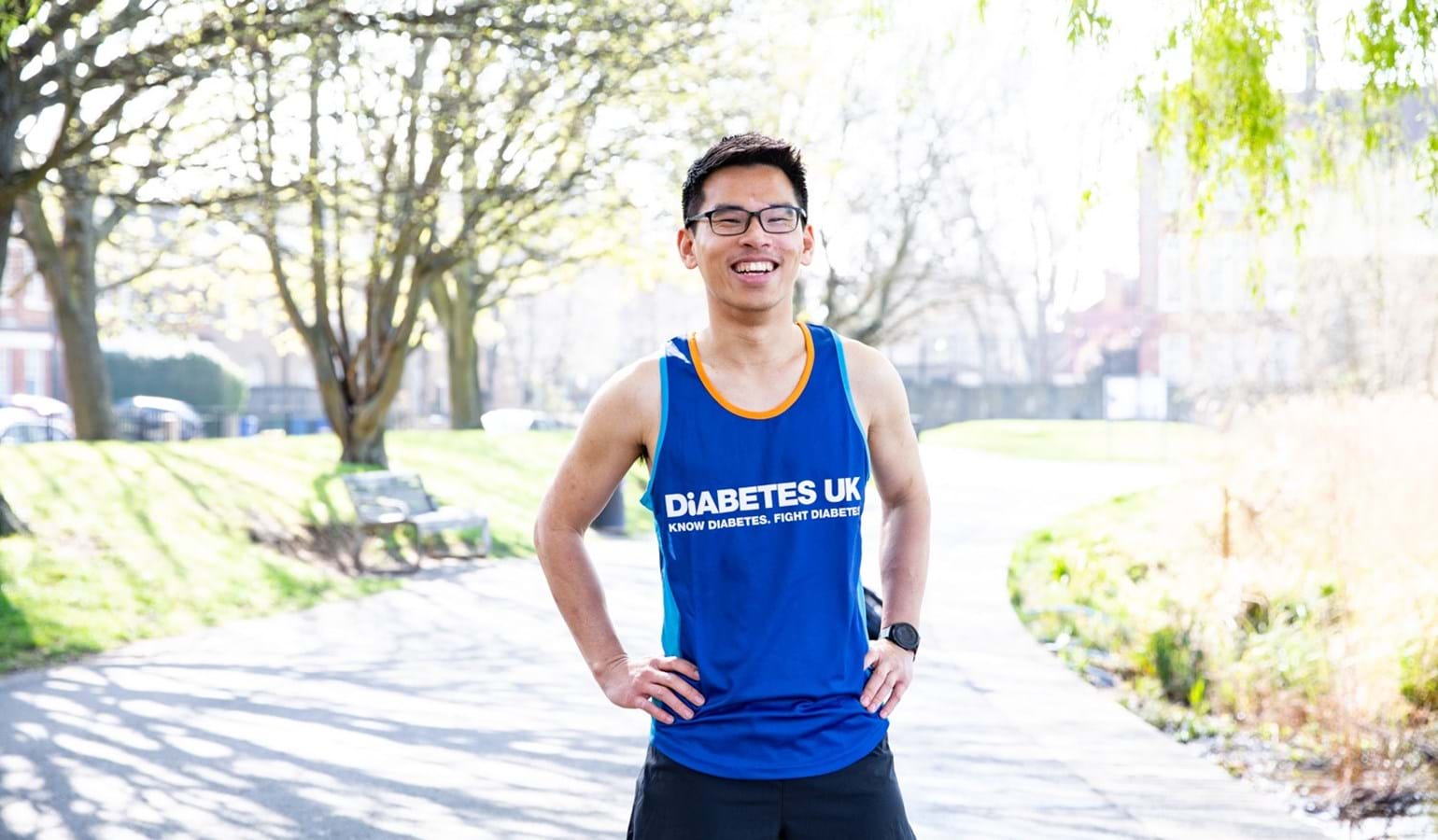 Harry Leung has set himself a tough goal this year! He’s running 33 marathons to raise money for Diabetes UK and the Vitiligo Society. Based in London, Harry has travelled far and wide to achieve his goal, and we can’t wait to have him join us at the Yorkshire Marathon on Sunday 16th October to complete marathon number 27 – the last of his organised marathons for the year.

Why 33 marathons? Harry chose this number because he was diagnosed with type 1 diabetes 30 years ago, and vitiligo three years ago. As he’s learned to live with these conditions, he’s received invaluable support from both of the charities he’s raising money for.

Harry explains that when he was diagnosed with diabetes as a child, Diabetes UK helped his family understand how to manage his needs, and helped him learn to effectively manage his diabetes as he got older. The Vitiligo Society also offers fantastic support for those with this long-term skin condition. Harry is aiming to raise £3322 for these charities through his 33 marathons, and he’s already 80% of the way there. Check out his JustGiving page here!

Like many people, Harry got back into running during lockdown, heading out for 3-5km runs in his London neighbourhood after spending the day working from home. But last year, he decided to take it more seriously, and committed to running a half marathon by himself every weekend! This definitely got him in shape and also get used to the mental challenge of long runs. By the end of the year, Harry felt confident he could take on his 33 marathon challenge.

To complete this challenge, Harry’s looking at “about three weekends a month - so my weekends are pretty full,” he laughs. He’s travelled extensively to meet his goal, taking on organised marathons in Cambridge, Manchester, and even up to Edinburgh. However, due to logistical constraints, he usually just does self-guided marathons.

Anyone who’s done a long run by themselves knows how tough it can be to stay motivated - especially when you’re running a marathon distance. “A marathon by myself in the middle of nowhere, it makes you kind of question what you’re doing when everyone else is at home having a nice Sunday roast,” Harry says, adding, “But in those times, I just remember what I’m doing it for.”

While the solo runs can be quite mentally challenging, Harry’s favourite aspect of the challenge so far has been the race day atmosphere. “It’s really inspiring seeing a variety of people. It’s people of all ages and abilities having a go – people who are athletes down to people who just want to try something new. I’m always inspired when I see all the different people, of all abilities, at the starting line.”

Despite being in great shape, having diabetes does add a layer of complexity to Harry’s marathons. He explains that, with diabetes, “everything is in manual mode – our bodies just don’t adapt accordingly.” He has to be very careful with fuelling, recovery, and eating right, to ensure his blood sugar stays stable. He brings a lot of food with him on marathons and says it’s definitely been a bit of a learning curve. “It’s made me more cautious about how to recover and eat well.”

This tough challenge certainly makes you wonder what he’ll be going for in 2023, but Harry doesn’t have too many big plans at this stage. He’s looking forward to being able to “relax and catch up on my social life…although I have contemplated doing one or two ultramarathons. But nothing as frequent as what I’m doing now!” Until then, though, Harry’s still got a fair few marathons to tick off, with the last one taking place on New Year’s Eve.

He’s feeling excited to come up north for the Yorkshire Marathon as he’s “looking forward to running alongside landmarks in York and seeing the crowd and participants”. This is also his last organised marathon of the challenge, so he’d quite like to achieve a PB if possible. With the supportive, vibrant race day atmosphere we’re known for, we’re certain he’ll have a great time at the Yorkshire Marathon.