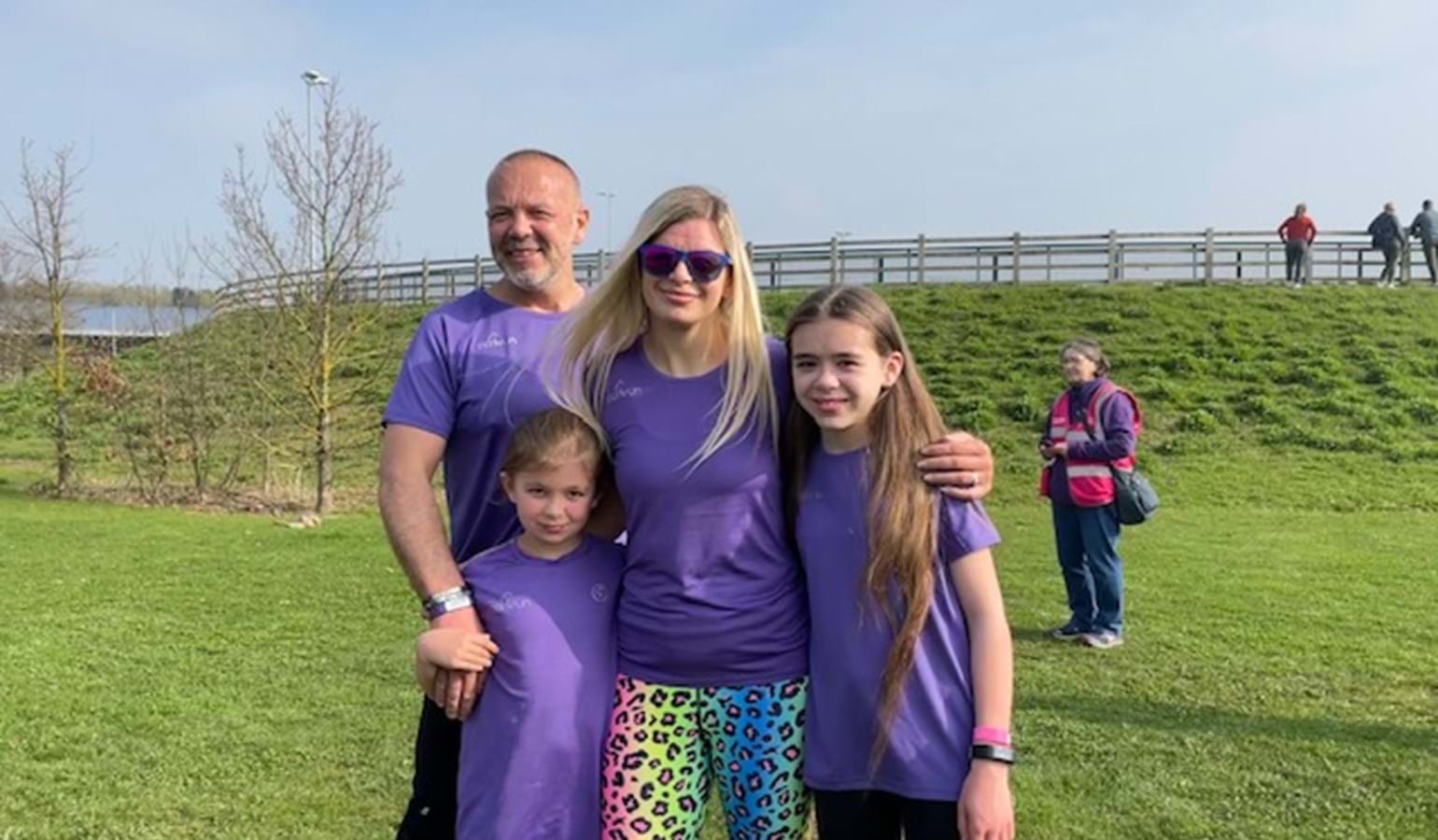 Owynn Baker is one of the participants taking part in the 16 mile trail run at the Yorkshire Dales Festival on Sunday 21st August. After beating cancer twice, he’s gained a strong appreciation for nature, as well as a drive to push himself through long trail runs. We caught up with Owynn to hear more about his story and what he’s looking forward to most about the Yorkshire Dales Festival.

When Owynn was in his late twenties, he found himself struggling to breathe while he was out running. After visiting the doctor, he was diagnosed with acute myeloid leukaemia. “I started treatment, but that failed. Then I was told that the prognosis was not good – back in those days, the outlook for leukaemia wasn’t good. They put me on more aggressive treatment, I did more chemo and had a bone marrow transplant, which will be 22 years ago in September.”

The bone marrow transplant was a success, and Owynn was told that he was in remission. However, when having his annual check-up three years ago, he asked for a prostate-specific antigen (PSA) test. He was then diagnosed with a highly aggressive form of prostate cancer. He had surgery and is in remission again.

Around the time of Owynn’s second diagnosis, his wife Laura had started running. “She did Couch to 5K, then started signing up for races including the Yorkshire Marathon,” Owynn recalls. Due to the lasting side effects of his cancer treatment, he suffered from long-term knee pain which left him struggling to walk. However, he enjoyed going to parkrun with his wife and walking while she ran.

“Then I started looking into the benefits of a vegan diet,” Owynn says. After switching to a plant-based diet, he found that his knee pain significantly subsided. “My first parkrun, I was 48 minutes, and after making that change, I got my parkrun time down to 21 minutes.”

He realised he loved running and started signing up for longer events. He enjoys running with his daughters, who are eight and 13, and have caught the running bug too. Owynn has found that he particularly enjoys long trail runs, where it’s more about the experience than the competitive spirit.

“It’s just about finishing, isn’t it? There’s no hurry, no time constraints. It can be very meditative – you see things, smell things, you appreciate where you are and all the other people around you, who are working towards the same goal.”

Owynn found that his time spent in hospital in his twenties helped him gain a new appreciation for nature. “When I was lying in hospital expecting to die, I found that what you miss isn’t all those grand things, like big holidays, or anything. For me, it was the view of a tree growing out of the ground, the sun through the leaves, the smell of the wind.”

While Owynn usually enjoys running with his wife Laura, unfortunately she won’t be able to come to this year’s Yorkshire Dales Festival. “She was recently diagnosed with aplastic anaemia, which is basically bone marrow failure,” Owynn explains. “So, her body isn’t making blood properly, and she’s really quite unwell.”

It’s looking like Laura may need to have a bone marrow transplant, and the team that will carry this out are the same doctors that performed the procedure on Owynn almost 22 years ago. He finds it quite surreal that they have both had these bone marrow issues, and he is confident she will get well soon.

Having considered doing an ultramarathon, Owynn has decided to wait until Laura is healthy enough to take it on with him. For now, he’ll be hitting the trail with his friends from parkrun, as well as his most important training partner, his labrador Juno. “I wouldn’t want to do any trails without her,” he says. 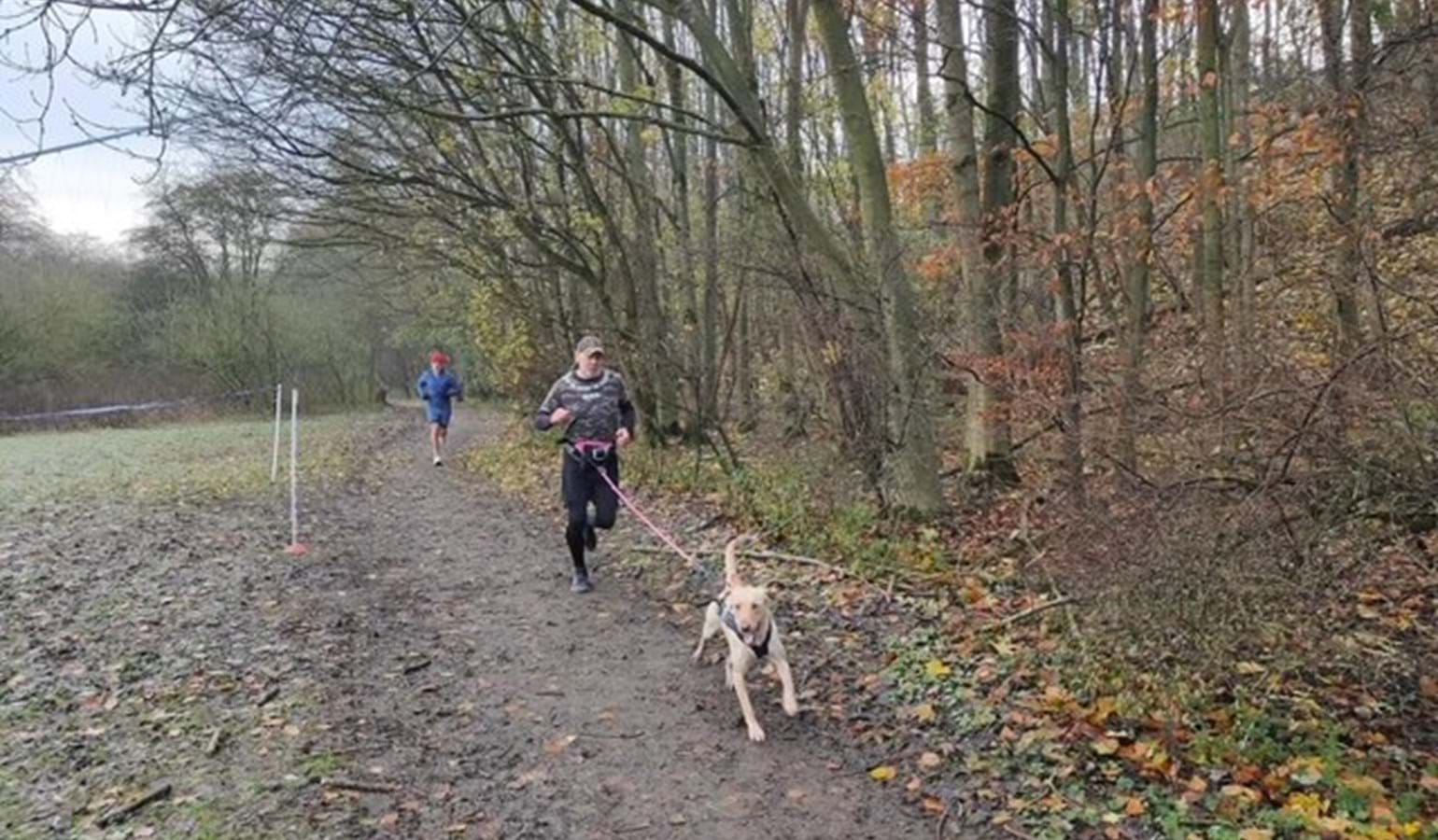