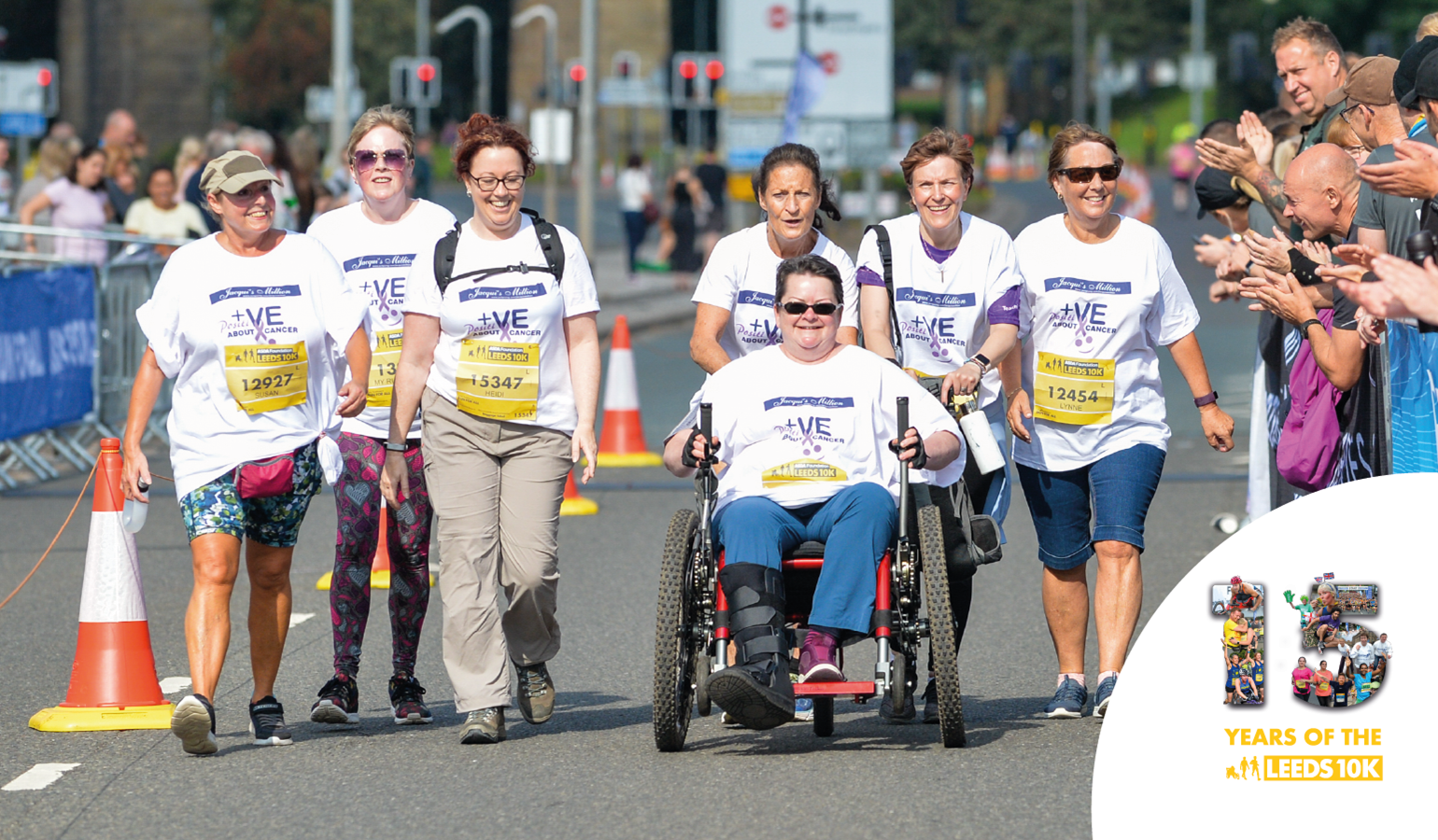 Ten ladies, all breast cancer patients, will be taking on the Leeds 10K later this year, in the hope of raising funds for “Jacqui's Million" as part of Leeds Hospitals Charity.

Set up by Jacqui Drake, Jacqui’s Million is a campaign set up to raise one million pounds for Leeds Cancer Centre through the power of positivity.

Jacqui met Sara Williamson whilst both undergoing cancer treatment at the Leeds Cancer Centre in 2017. Despite both going through different cancer journeys and diagnoses, the two became very close friends and have since shared the same bond of helping other cancer patients through fundraising efforts. Sara set up The Mid Yorkshire Breast Cancer Support Group, a patient led group that supports those diagnosed with primary or secondary breast cancer.

Sara was diagnosed with grade 3 stage 3c breast cancer at the start of December 2015 and her journey has been fraught with setbacks. Cancer spread to 14/17 lymph nodes and she finished active treatment at the end of 2019. Sara is now awaiting further surgery.

After undergoing successful surgery in 1993 to remove a small mole from her right leg, Jacqui discovered a lump in the same place in 2009. After numerous tests, she discovered it was secondary cancer. Jacqui was referred to the Leeds Cancer Centre and has since been receiving treatment.

In 2011 the cancer had spread to Jacqui’s lungs and in February 2015 Jacqui discovered that the cancer had escalated further, as such she needed surgery to remove the tumor and also her right lung.

Since then, Jacqui has continued with chemo and other drugs for the side effects and says, “I am really positive and living every day to the full. Life expectancy for an “average” person with my condition is usually one year, but as the specialists say ‘I am not average’ “.

After successfully completing the 2021 Leeds 10K as a group of ten, Sara will be rallying up the team of ten ladies to take part again this year.

Sara says “I would say to someone thinking about being part of the Leeds 10K, give it a try and do something positive for the Yorkshire community. Start training, stay connected, and make a difference.”

Sara adds, “Watch out for the ten ladies and get ready to cheer them on.  It is a very humbling experience and there’s a kaleidoscope of emotions when you realise how far you have come. Everyone feels united with other participants, survivors, memories of those that you have lost, and the sense of togetherness is unbelievable.”